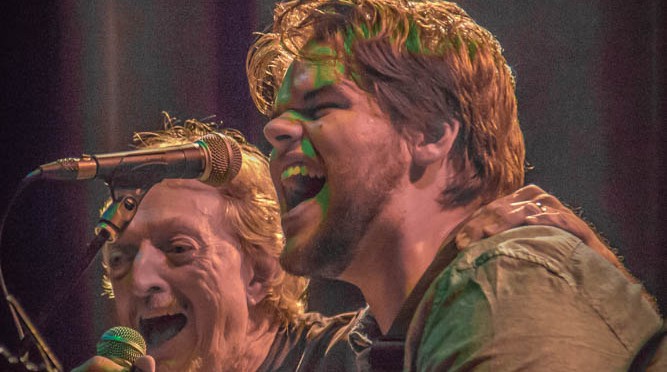 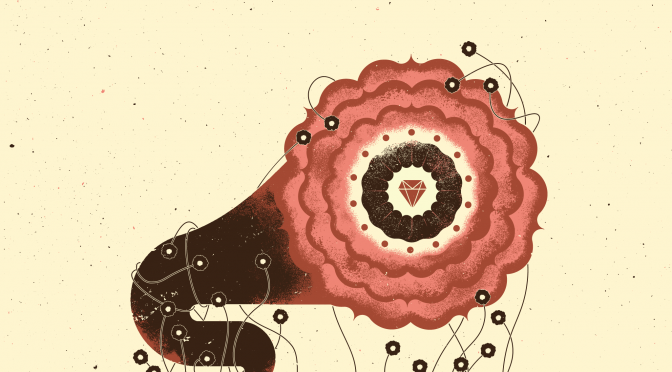 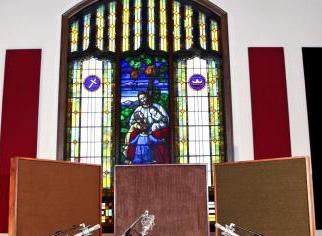 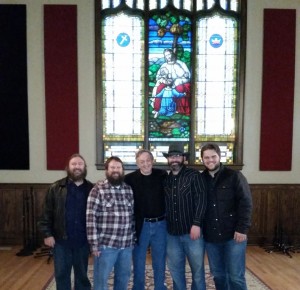 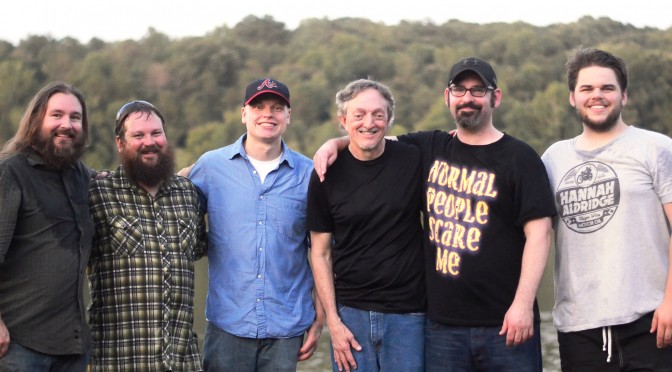 Grassland String Band: The Face of ‘Amerigrass’
By: Rachel Bailey

Bluegrass was only the beginning.

Athens, Georgia’s Grassland String Band began their journey at a bluegrass jam, when lead singer and multi-instrumentalist Michael Lesousky wowed vocalist and banjo player Jody Daniels with his talent. The two of them decided to make music together, and GSB was born. A few years later, they’ve grown into a multi-generational six-piece band (spanning in age from 24 to 60) that boasts members with master’s degrees in classical organ and guitar; a jazz-influenced, improvisational live performance style; and a lead singer who’d sound as at home fronting a soul band as he does backed by a fiddle.

In the months after their meeting, Daniels and Lesousky rounded out their line-up to include Nathan Elder on bass, Todd Ferguson on drums, fiddler Adam Poulin, and classical guitarist Kevin Fleming. With that growing base of musical knowledge, GSB’s sound expanded to touch on Americana, jazz, pop and folk — a hybrid the group has taken to calling Amerigrass.

Before the Feast, GSB’s debut album released in the summer of 2014, presents a survey of what Amerigrass has to offer. Opener “Clara” is all boisterous vocal interplay and fine string-pickin’, a glimpse into the group’s palpable chemistry and virtuosic musicianship. A few tracks later, Lesousky’s impressive pipes take center stage on the love song, “Neil Young” as the backing band mellows into a supporting role that could almost be called stripped-down by comparison if it wasn’t so rich with sound. In live performances the band has already started incorporating new material from a forthcoming follow-up, like “Boom Boom,” in which Daniels takes center stage. Clearly having one hell of a good time, he leads the band through a soulful number about the need “to kick down the door, children!” over Fleming’s bluesy, electric guitar.

At live shows, all these elements are turned up to eleven. This is not a set you’ll see fans chatting through. The crowd yells “woo”s of encouragement. They slap their thighs. They sing along. They dance. The band’s chemistry, so apparent on record, positively fills the room as they grin their way through the set, extending some of their tracks into improvised jams. Does it feel a little like bluegrass? Sure. But it’s something more, something modern and amorphous. If this is Amerigrass, I think I like it.

The event celebrates the sporting life with Garden & Gun at its third annual sporting clays tournament. A friendly 15-station, 100-target competition followed by live music from Grassland String Band and lunch at the beautiful Foxhall Resort & Sporting Club, just 25 minutes from the Atlanta airport. All levels of experience are encouraged. Competitiors can sign up with a team of four or come on their own. 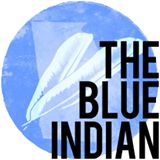 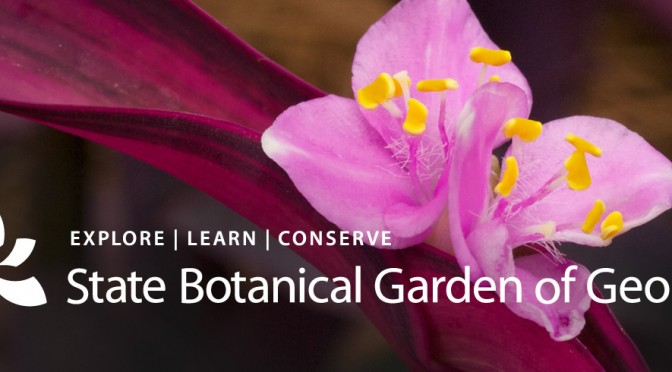 GSB will perform an outdoor show on July 28 at the State Botanical Gardens in Athens, Georgia.  Claire Campbell, also of Athens, will open.  The popular Sunflower Concert Series features two-hour concerts during the months of June through September. Each concert begins at 7 p.m. on the stage of the State Botanical Garden’s terraced Flower Garden. Attendees are encouraged to bring blankets and picnic dinners. Lawn chairs are only allowed for those with physical limitations. In case of inclement weather, the concerts will be held inside the Visitor Center and Conservatory.

Admission to each concert includes beverages and light snacks. Tickets are available at the Garden Shop, online, and at Wuxtry Records. The Sunflower Music Series is sponsored by Friends of the Garden, Northeast Sales Distributing, Inc., Athens Coca-Cola, Musicians Warehouse, and Flagpole. 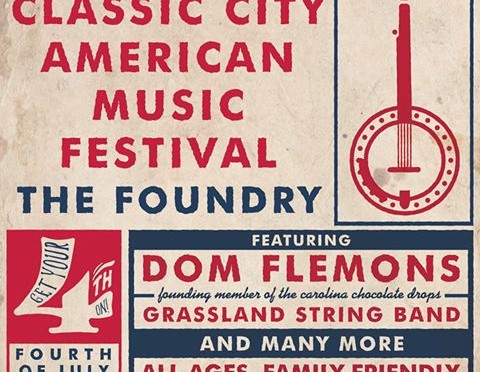 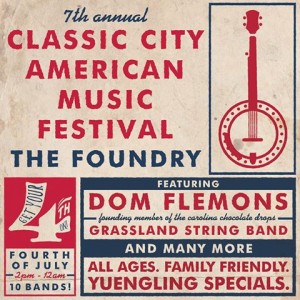 Grassland String Band will celebrate the 2015 4th of July Holiday with a performance at the 7th annual Classic City American Music Festival in Athens, Georgia.  Tapped to close out the all-day music festival, GSB will follow headliner Dom Flemons and an impressive who’s-who of local and regional Americana bands.   Dom Flemons is the “American Songster,” pulling from traditions of old-time folk music to create new sounds. Having performed music professionally since 2005, he has played live for over one million people just within the past three years. As part of the Carolina Chocolate Drops, which he co-founded with Rhiannon Giddens and Justin Robinson, he has played at a variety of festivals spanning from the Newport Folk Festival to Bonnaroo, in addition to renowned venues such as the Grand Ole Opry.

Other notable performers are: 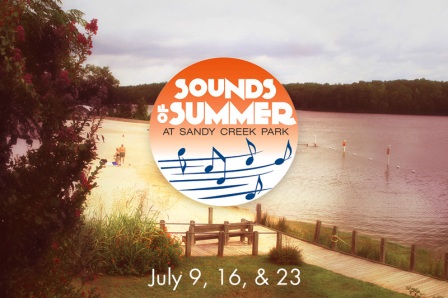 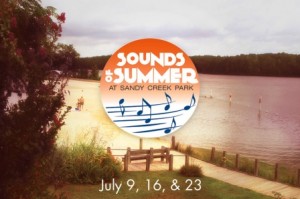 The Athens-Clarke County Leisure Services Department has announced its selection of headline entertainment for the inaugural “Sounds of Summer” concert series at Lake Chapman beach at Sandy Creek Park. The event is part of “July is National Park and Recreation Month” and will be held on Thursday evenings. Grassland String Band will perform on July 16. The Common People Band will perform on July 9th and Sons of Sailors on July 23rd.
The admission fee is $5 per vehicle and includes park admission starting at 5:00 p.m. Opening acts begin at 6:00 p.m.; headliners at 7:00 p.m. Food vendors will be on site.
Sponsors for the event include: Flagole Magazine, Zaxby’s, Magic 102.1FM, and OnlineAthens.

GSB has been nominated as a finalist in the 2015 Flagpole Music Awards, an annual selection and performance event hosted by Flagpole Magazine , Athens, Georgia.  The annual Flagpole Music Awards Show is designed to honor and celebrate those who make Athens, GA a center of musical creativity, enjoyment & accomplishment.  A panel of local music judges selected this year’s finalists, but fans determine the top award winners by majority vote (vote here).

GSB is honored to be recognized among some of the best music acts in Athens.  That in itself is a culmination of hard work fueled by the support of our fans, and for that we are very appreciative.

The award show kicks off AthFest, Athens’ annual music and arts festival, and will be held on Thursday, June 25 in the Morton Theater, in Athens.  GSB will be performing at Athfest on Friday June 26, at Hendershot’s, along with Sye Spence and Cicada Rhythm.