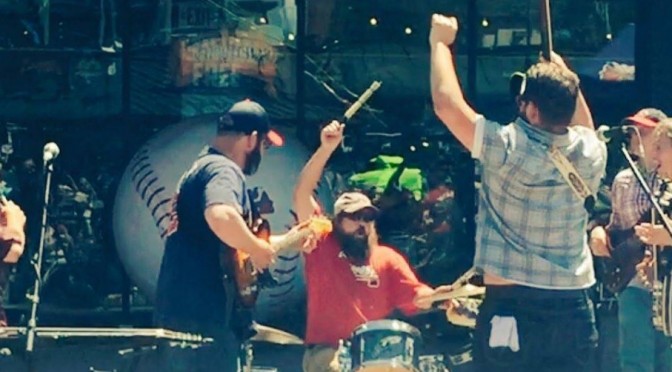 At number 10,  flash back to April when we shared a Georgia Theatre night with Old Crow Medicine Show, and Miss Margo Price right after her Saturday Night Live appearance!

At no.9 on our top ten 2016 GSB events: Our August 26th Echo Mountain EP Release day interview with Rose Scott on Atlanta NPR!

Number 7 on the GSB Top Ten for 2016: that time Stomp & Stammer reviewed the Echo Mountain Sessions EP and compared it to the Nitty Gritty Dirt Band!

We are proud to be a part of the Athens music scene! 5th on our Top Ten 2016 GSB moments was our nomination for Flagpole Magazine’s music awards.

Number 2 on the Top Ten GSB moments of 2016: recording the Echo Mountain Sessions in a January snowstorm, Asheville!

Drum roll please! And our number 1 GSB Top Ten moment in 2016 was…. playing Memorial weekend at an Atlanta Braves game at The Ted!